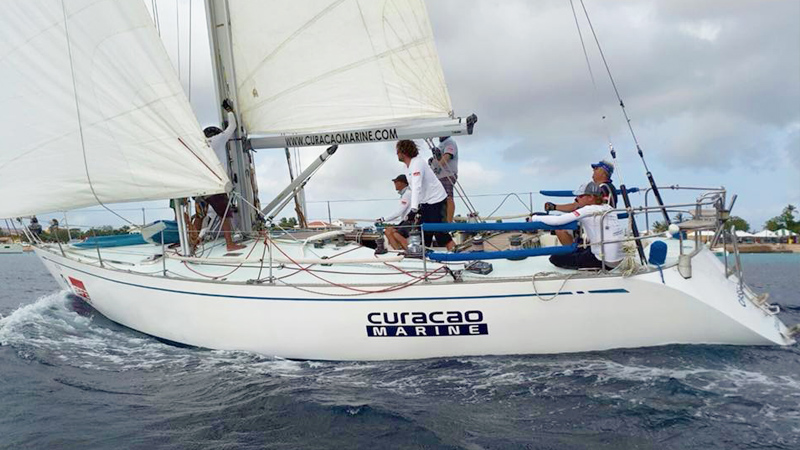 Since images speak louder than words here are some of the shots we borrowed from one of the crew members. 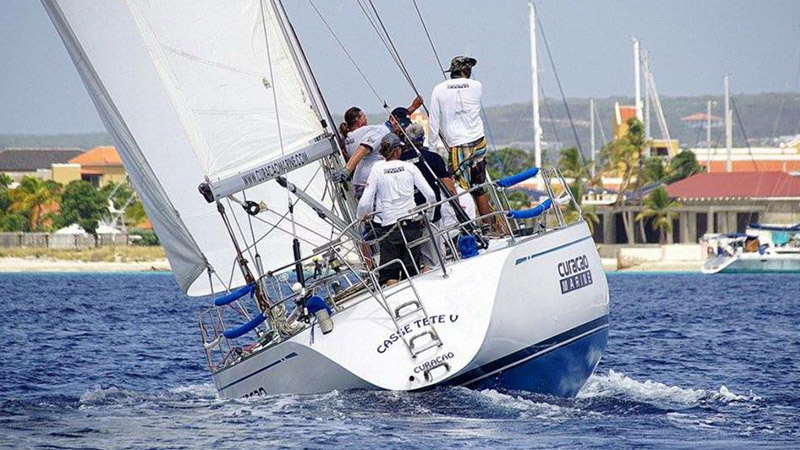 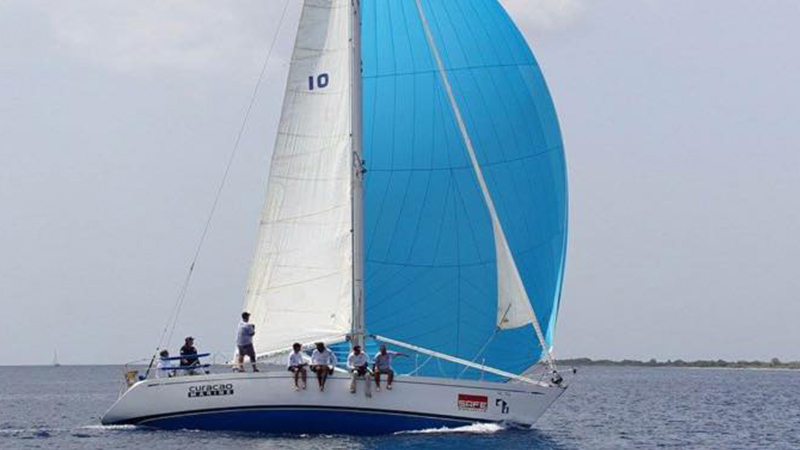 Team Curacao Marine thanks Bonaire and the organisation of the Bonaire Regatta for the hospitality. We will be back for the 2018 edition of this great International Sailing event.

Just before Bonaire Regatta 2017 everything fell in place and in no time the Curaçao Marine sailing team was reborn and racing again. This time around with another sailboat, a very special one, and a new group of skilled & enthusiastic sailors all somehow liaised to Curaçao Marine.

It was the dream of the new owner of Curaçao Marine to set up a Curaçao Marine sailing team, but he never expected it to happen so soon. Marc and Gareth, the new managing team and both fanatic sailors, were just as excited about this idea and made it happen!

What makes it extra special is Marc Rooijakkers (Curaçao Marine’s CEO) and Gareth Weber (Yard Manager of Curaçao Marine) are both on the team. The sailing team is a partnership between Curaçao Marine and S.A.F.E, a subcontractor on the premises of the boatyard specializing in safety and fire equipment for buildings and boats. The 3 founders of S.A.F.E, Ed, Don and Frido, are also part of the CMsailing team, with Ed Versteeg functioning as skipper. The rest of the team are befriended experienced sailors that competed in sail races together before.

The team together with the boat makes the dream team! And the boat sure is a special one! The sailboat Casse Tete is a Nautor’s Swan 441R. Forty-five Swan 44’s were built 1978 and 1979, but only five were designated as the “R” or racing version. The yacht  had to undergo slight modifications before participating in this special edition race series. The results of the regatta proves it’s racing qualities.

Marc shares “Part of the team sailed upwind to bring the boat from Curaçao to Bonaire, after the rest of the team flew in we made a few practice rounds to get acquainted with the Bonaire sailing condition. During the 50th Bonaire Regatta there were 3 racing days and on each day 2 races in our category. In all 6 races Team CMsailing came in first! It was beyond belief, we knew we had a good team and that we stood a chance, but after day 1 and 2 in the pocket we thought great “beginners luck”. Day 2 was again a heavy competition and the team got excited after 2 more winnings. Day 3 we really went for it realizing that we could actually win this thing! And that was it: 1st place for our category and 1st winner overall! Can’t get better than that!”

Gareth also looks back on a great event “It was absolutely great to be racing with this team and on this boat! We are looking forward to many more endeavors on the Casse Tete with the CMsailing team. Props to the organization of the Bonaire Regatta, the 50th edition was a great celebration bringing together many passionate sailors and curious bystanders. The races and the entertainment at the event were outstanding. There was a great vibe and we really felt at home for these few days!”